Dr. Nancy McMillan grew up in Las Alamos, New Mexico, an area known as a “Glow in the Dark” scientific community because of its history with radioactive elements and nuclear materials’ production. A youth member of Los Alamos Geological Society to spend time in the outdoors, McMillan established an appreciation for minerals, geology, and the natural environment.

Graduated from New Mexico State University in 1979 with a Bachelor of Science in Geology, alongside a Bachelor of Arts in Russian language in that same year, in 1986 McMillan earned a Phd in Geology with an emphasis on Volcanology from Southern Methodist University. Awarded the Dennis W. Darnall Faculty Achievement Award in 2002 at New Mexico State University, McMillan innovated the Laser-Induced Breakdown Spectroscopy (LIBS) portable Chem-Cam instrument to more accurately and easily analyze geological samples.

Locally controversial, the relatively experimental idea to relocate homeless services into one centralized area blossomed throughout the 1990s. An example for other homeless communities, according to officials from the Department of Housing and Urban Development (HUD), the Mesilla Valley Community of Hope became possible after McMillan accompanied politician John Paul Taylor to New Mexico’s Legislature in Santa Fe to gather the initial financial support for design, construction, and staffing of the buildings today known as Hope Campus.

Today, access service locations continue to create risks for those without safe and reliable transportation. When experiencing homelessness, traveling on foot from one location to another is dangerous and exhausting, a terrible threat to life especially for youth and the elderly.

Dr. McMillan describes the geographic process of evolution for Health and Human Services fragmentation across the City of Las Cruces. 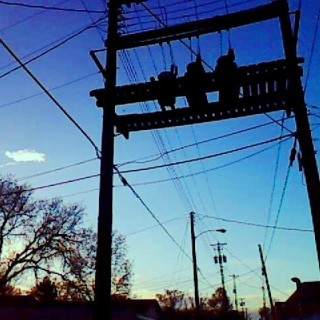